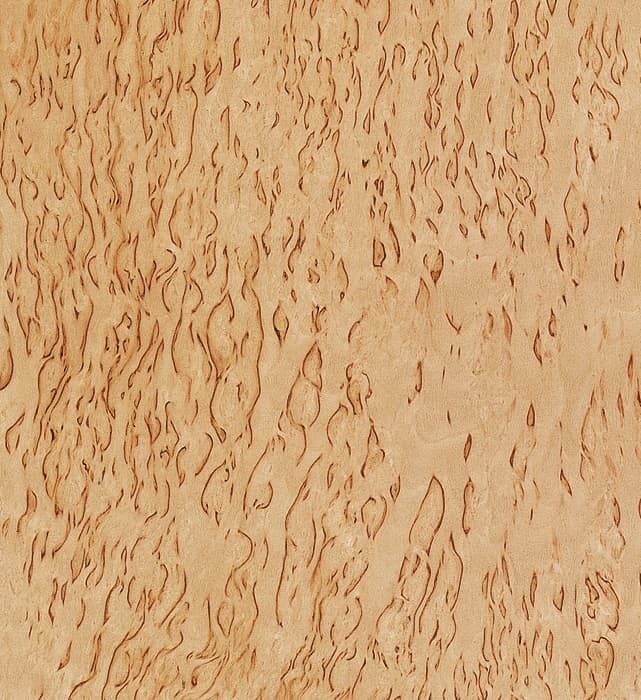 Trade names: Birch burl, Masurian birch, Karelian birch. Country of origin: Northern Europe
Occurrence: Mainly birch burl logs are found in central to eastern Finland and probably also in Russia (Karelia) in the extensive birch forest stands there. However, it is always only isolated trunks that have developed this special growth form. It is not known where the burl formation comes from; it is either genetic or caused by soil conditions and site conditions. In Finland, there are strict felling quotas that are strictly monitored. Uses: Higher importance than peeled birch for furniture and panel industry (popular wood for bedrooms in the 1950s); table and chair production. The larger part of the sliced birch is the „Yellow Birch“ from the USA and is used for high quality interior finishing. Character: the grain pattern does not consist of the usual burl formation, but is rather small, black, tightly intergrown inclusions (eyes) distributed more or less regularly over the veneer surface, giving the attractive surface appearance. Special features: As a rule, the usable veneer lengths are 50 to 150 cm. Logs that are 200 to 300 cm long and usable must be considered an absolute rarity. Due to the small diameters, birch burl logs are round-peeled. Therefore, the width of the veneer sheets is usually greater than the length. Rarely you get more than 3 – 4 packages per log.
read more read less
Overview

We made this beautiful Gerber Humidor Cube from Birch Burl some time ago. The cigar cabinet with its purist design is perfect to show off a unique wood. The combination of perfect cigar storage, craftsmanship and modern design is unique in the international market. If you want the best for your cigars, get in touch with us. 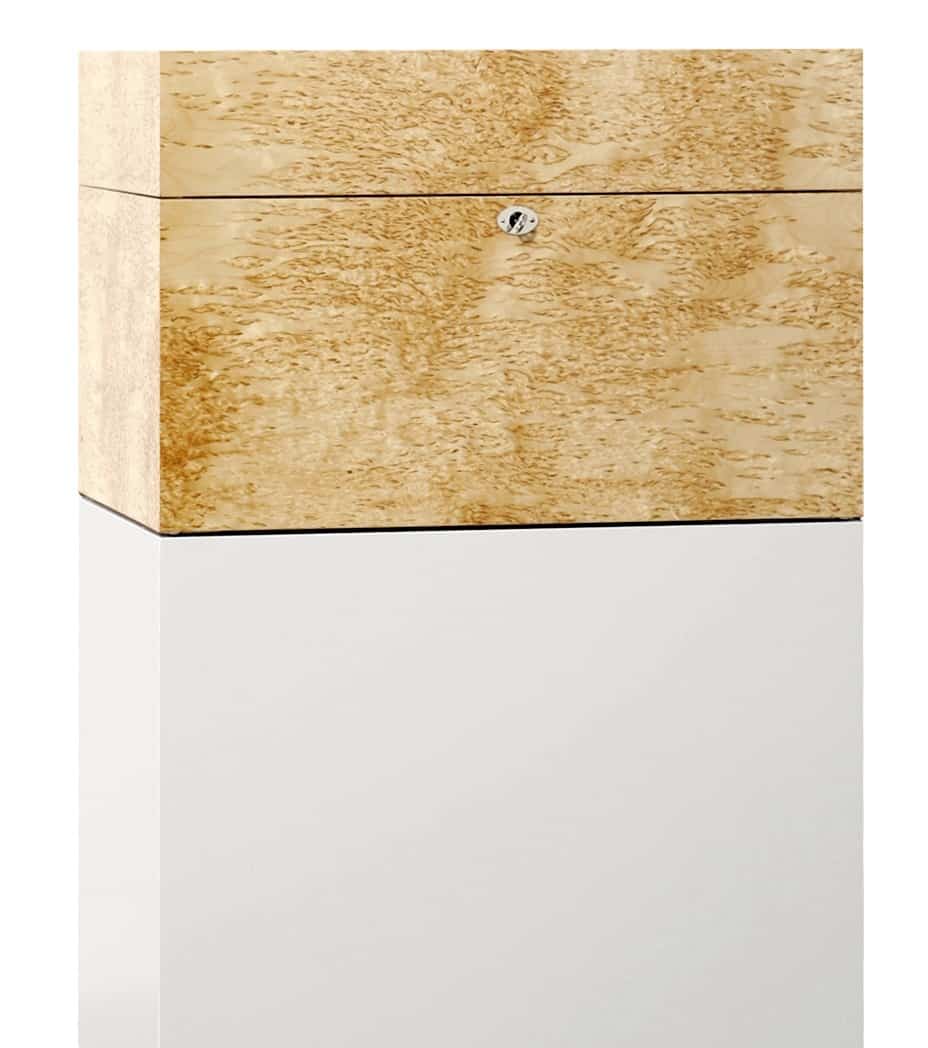 Wood is a natural product, which can has colour differences and growth-related irregularities. Deviations in structure and colour are a quality feature for real wood. Growth, colour, structure and grain are unique in every tree and make every Gerber Humidor unique! Digital illustrations of the wood samples are always only indicative picture and do not provide a guarantee. Not all woods are available at all times and suitable for every Gerber Humidor. Please do not hesitate to contact us for further information. 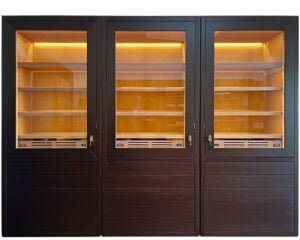 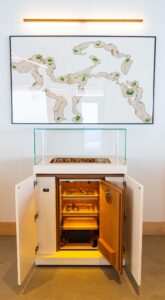 Humidor from Gerber in the USA to the delight of golfers