Tradition and progress in its fifth generation

The history of Gerber, a family-owned business, reads like an exciting novel. Established over 130 years ago, the company’s founder, Carl Gerber, used his status as a master carpenter, as the foundation of the company. The establishment of the first joiners’ workshop in the inner city of Duisburg laid the foundation of the close relationship between the family Gerber and the city of Duisburg. From the very beginning Gerber has proved with finest craftsmanship and became a permanent fixture throughout the entire region.

During the Second World War in the course of the bombardment the joiners’ workshop burnt down in 1943 up to the foundation walls. The grandson of the enterprise founder was stationed at this time far away from home in Berlin as a soldier. Because of his strong involvement to his birthplace Karl Gerber returned after his war captivity with his Berlin woman to Duisburg. In spite of the entire destruction of the workshop the name „Gerber“ has got an excellent reputation in Duisburg. In a burnt down house Karl Gerber has set up his temporary workshop with only 500 German Reichsmark in his pocket. Starting from there he built up his new existence out of nothing. Now the company extends far beyond regional borders.

Even then, competence, passion, and commitment to quality were the key factors that were eventually passed down through the generations and made the company what it is today. Despite all the changes over the years, the company’s original philosophy has remained the same: „Success and stability can only be realized with great dedication, love of profession, entrepreneurial courage, and vision.“

You have an idea – we construct it! 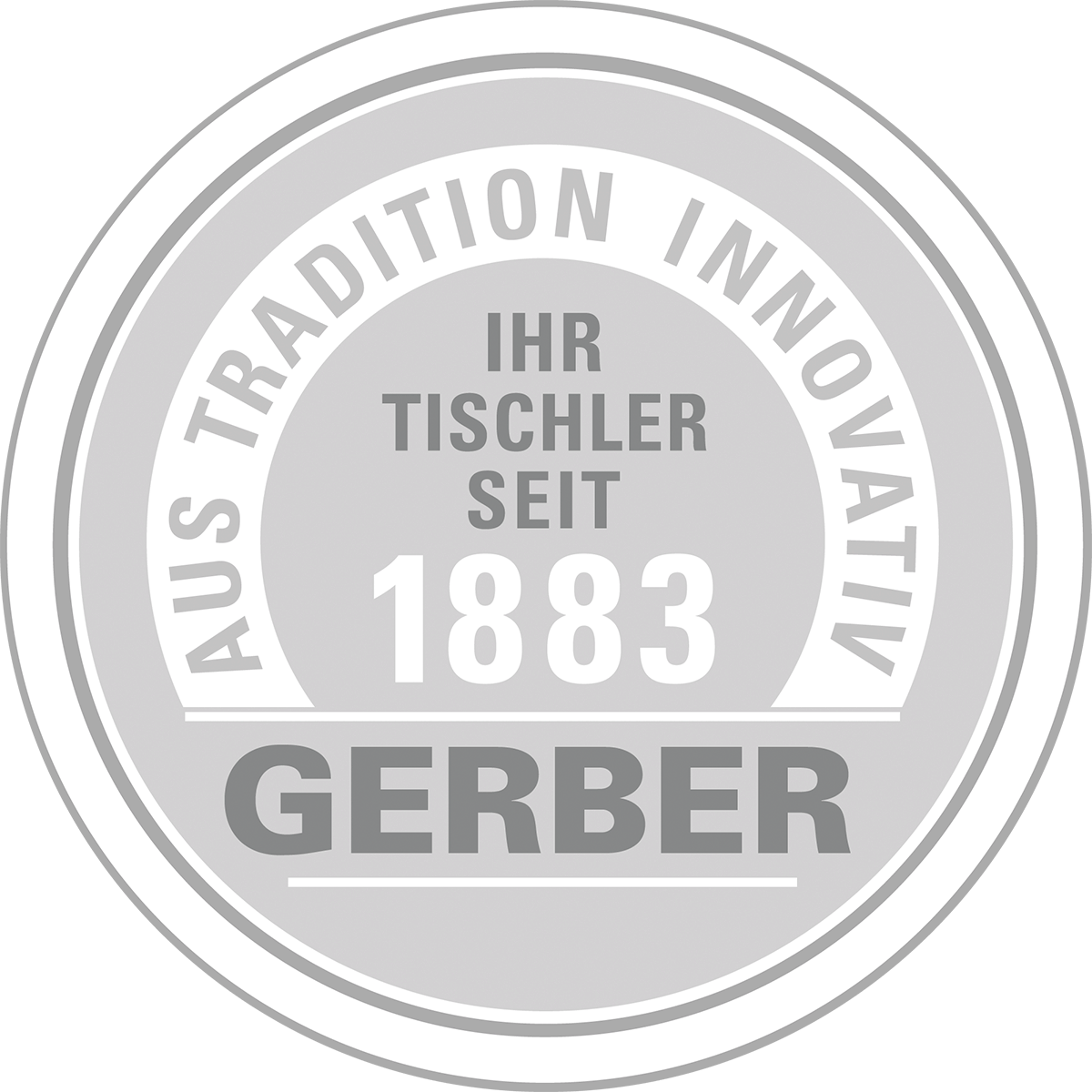 A Tradition of Innovation

It is in the professional production of custom-made humidors that these qualities and the long tradition of carpentry come together. For the international luxury market, Gerber provides unique cigar cabinets and is the leader in both equipment and design. In addition to our models, we also manufacture individual humidors, installed solutions and cigar lounges. These are designed according to your wishes.

We look forward to your inquiries!

Today the family company Gerber consists of the manufactory and the related subsidiaries Gerbotec and Gerdoor. With our affiliates, the flooring specialist Gerbotec and the important supplier for some- and fire doors Gerdoor, we cover the entire scope of the versatile interior.
In addition, our portfolio encloses the high-quality store and exhibition construction, interior design, security technology, furniture construction according by customers’ specifications and the expert restoration of historical windows and doors. The individual consulting of our customers by trained specialist personnel is of particular importance to us. We take the time to really listen to our clients and to fulfil your individual wishes and requirements.

Our company offers a wide range of possibilities only goods “of the peg” will not be provided. Our products are made traditionally by hand. A modern and multifunctional machinery supports our specialist staff: a powerful and universal CNC-machining center and automatic edging with optical zero joint. A special section of our furniture manufacturing is the humidor construction in which the manufactory has specialized. For Afficionados worldwide is an original Gerber humidor the perfect complement to a precious cigar treasure. One of our humidors crowns the pleasure by the perfect union between optimum cigar storage, luxurious optics and very modern equipment: From a desktop humidor up to a complete Cigar lounge – you receive unique humidors in the most different dimensions and equipment variations with us.

Together with you we design the optimum humidor for your personal collection and precisely tailored to your requirements. Harmony, from both inside and outside, is what makes a Gerber humidor something special. We connect with the cigar smoke not only for the enjoyment, but also, to some extent, because it ties us to a sense of beauty.