The Formula One class for humidors

In Formula One racing, only the strongest and lightest materials used to build the fastest cars. Carbon fiber is the material of the future in both motor sports, as well as for the Gerber humidor. The outer shell of the limited edition we call “Carbon” is enhanced with real carbon, manually applied by specialists in several processing steps.

The challenge is to produce, by hand, as flat of a surface as possible, which is not interrupted at the joints of the humidor. The material is laid out in a pattern, which is oriented at an angle of 45 degrees .This hand application requires a high level of skill, considerable time, and especially a lot of care. On the surface of the outer shell, several layers of a special lacquer are applied by a specialist (who has previously worked on adding surface carbon to a special edition Lamborghini), sanded and then cured in an oven. The high-gloss surface shines and brings out something special during this particular application. It is a true masterpiece that will turn heads. 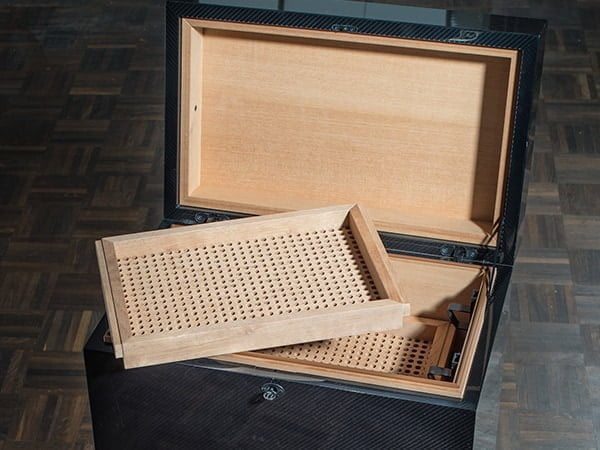 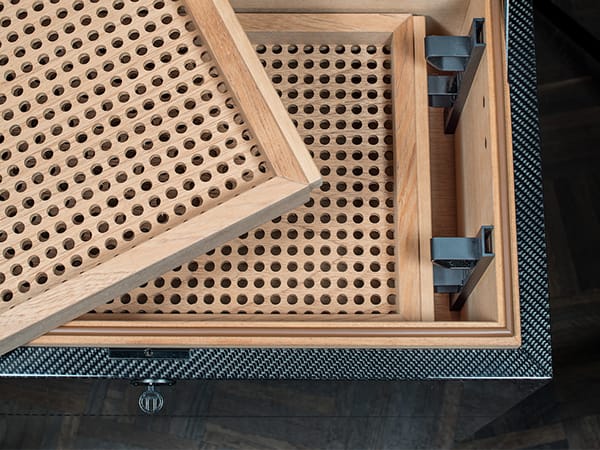