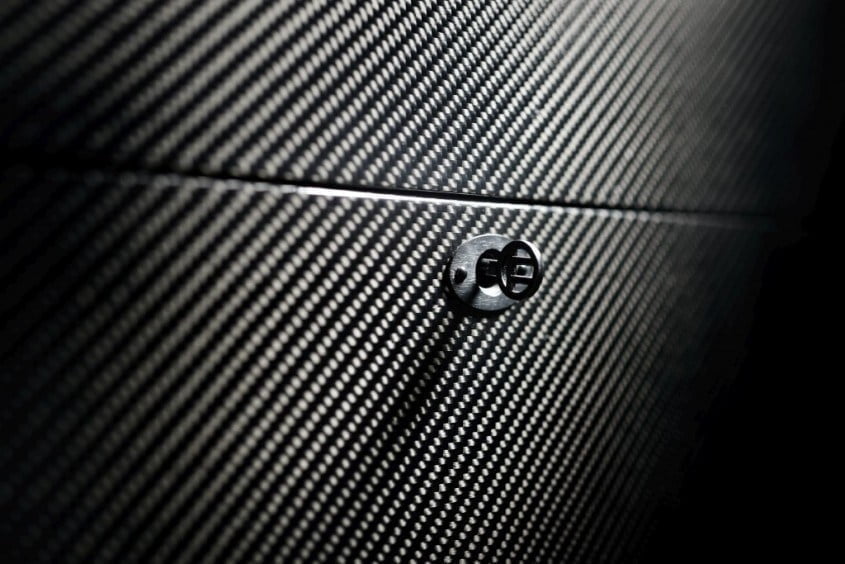 Veröffentlicht am 24. Februar 2014 in General

Gerber GmbH is the new corperate partner of the LUEG AG in Essen, Germany. Many common characteristics connect these two enterprises. Tradition, innovation and deep roots in the Ruhr River Valley are only a few examples of qualities, which unite the Gerber GmbH and the LUEG AG. In a cooperative effort with Mercedes, a new idea arose. With the premier of the new C Class and the GLA, there will be an option to install in the car a special Gerber humidor called “Cube & Base”, which will be completely wrapped in carbon.

The efforts were worth it: the humidor is beautiful!

The challenge is to produce, by hand, as flat of a surface as possible, which is not interrupted at the joints of the humidor. The carbon is laid out in a pattern, which is oriented at an angle of 45 degrees. This hand application requires a high level of skill, considerable time, and especially a lot of care. On the surface of the outer shell, several layers of a special lacquer are applied by a specialist (who has previously worked on adding surface carbon to a special edition Lamborghini), sanded and then cured in an oven. The high-gloss surface shines and brings out something special during this particular application. It is a true masterpiece that will turn heads.